If you’re looking to increase your vehicle’s horsepower, a popular modification among car enthusiasts is to install straight pipes, at least, so you’ve heard.

Not only could straight piping a vehicle increase the vehicle’s horsepower, but it’s a common modification for many car enthusiasts due to the increased exhaust sound.

This article will explore whether or not straight piping increase hp, the cost of straight piping a vehicle, and what other benefits and disadvantages there are to this popular modification.

What Is a Straight Pipe Exhaust System?

A straight pipe exhaust system is one where the piping from the engine to the muffler is of a larger diameter than the rest of the exhaust system, and there are no bends or curves in the piping.

This modification is popular among car enthusiasts because it allows for more airflow and, therefore, more power and louder exhaust sounds.

Removal of the Catalytic Converter

Another common modification often done in conjunction with straight piping is removing the catalytic converter.

The catalytic converter is a device that reduces emissions from the engine, and it is required by law in many countries.

Removal of the Muffler

Another common modification that is often done alongside straight piping is the removal of the muffler.

The muffler is designed to reduce noise from the engine, but many car enthusiasts believe that it also reduces power.

As such, they will often remove the muffler, performing a so-called muffler delete, when they install a straight pipe exhaust system.

Installing straight pipes can increase horsepower if you have a naturally aspirated engine. The gains are typically relatively small – in the range of 5-10 horsepower. Straight pipes reduce back pressure in the exhaust system, allowing the engine to expel exhaust gases more quickly, increasing power and torque.

If you have a turbocharged or supercharged engine, straight pipes can actually decrease horsepower.

This is because turbochargers and superchargers rely on back pressure to function correctly.

By removing the back pressure, you can actually reduce the amount of boost that the engine is getting, reducing horsepower.

How Does Straight Piping Increase HP?

The way that straight piping increases horsepower is by reducing back pressure in the exhaust system.

Back pressure is the resistance that the exhaust gases face as they travel through the exhaust system.

By removing obstacles and making the piping larger and straighter, straight pipes reduce back pressure and allow the engine to expel exhaust gases more quickly.

This increased airflow throughout the exhaust system leads to more power.

How Much Does Straight Pipe Cost?

The cost of a straight pipe is going to vary depending on the make and model of your vehicle as well as the materials that you use.

You can expect to pay anywhere from $500 to $1,000 for a straight pipe exhaust system, with the majority of kits falling somewhere in the middle.

Other Benefits of Straight Piping a Vehicle

In addition to potentially increasing horsepower, straight piping a vehicle has several other benefits.

This is the most popular reason that car enthusiasts all over the world install straight pipes.

The larger piping and lack of mufflers result in a much louder exhaust sound.

The engine sound could become deafening after straight piping a vehicle, so it’s essential to be aware of this before modifying your car.

Related: Does a Cold Air Intake Make Your Car Louder?

As a straight pipe is not equipped with a muffler or catalytic converter, nothing hinders the exhaust gasses from being expelled from the engine.

As more air enters the combustion chamber, the engine does not need to work as hard to expel the exhaust gases.

With more air entering the combustion chambers, the chances of combusting all the injected fuel increases.

Fuel not getting enough air will either not combust or only partially combust, leading to wasted fuel.

As straight pipes allow more air to enter the combustion chamber, the engine does not need to work as hard to expel the exhaust gases.

This allows for increased throttle response as the engine does not need to work as hard to expel the exhaust gases.

The catalytic converter and muffler can add a significant amount of weight to a vehicle, so removing them will slightly reduce the vehicle’s weight.

The reduced weight makes this type of exhaust ideal for racing applications where every ounce counts.

While there are some advantages to straight piping a vehicle, some disadvantages should be considered.

One of the main disadvantages of straight piping a vehicle is that it will lead to increased emissions.

Without a catalytic converter, these harmful gases will be expelled into the atmosphere.

In states where vehicle emissions are controlled, straight piping a vehicle can actually lead to failed emissions tests.

This is usually a benefit to most car enthusiasts, but it can be a disadvantage to some.

The increased exhaust sound can be deafening, especially when driving at high speeds.

On daily driver vehicles, this increased exhaust noise can become annoying and make it difficult to hear the radio or have a conversation with passengers.

3 Hard to Sell the Vehicle

With the loud sound and increased emissions, it can be hard to sell the vehicle down the road.

Most buyers are not looking for a vehicle that will fail emissions tests and be excessively loud.

Comfort is a key aspect people are looking for when buying a car, and a car too loud is not comfortable for most car owners.

The increased emissions and loud sound can actually lower the vehicle’s resell value.

Not all customers are searching for an extremely loud vehicle, which could also fail the emission test.

The lowered resell value should be considered when deciding whether or not to install straight pipes on a vehicle.

How Much HP Does a Straight Pipe Add to a Diesel?

A straight pipe can add anywhere from 5 to 10 horsepower to a diesel engine. The increase in power is due to the straight pipe’s ability to reduce back pressure and allow the engine to breathe more freely. The increased airflow allows the motor to burn fuel more efficiently, resulting in more power and torque.

What Is the Relationship Between Straight Piping and HP?

What Are the Benefits of Straight Piping a Vehicle?

Some of the benefits of straight piping a vehicle include increased power, increased exhaust sound, improved throttle response, and reduced weight.

What Are the Disadvantages of Straight Piping a Vehicle?

Some disadvantages of straight piping a vehicle include increased emissions, loud exhaust sound, the car could be harder to sell, and the resell value is often decreased.

While there are some advantages to straight piping a vehicle, there are also some disadvantages that should be considered.

However, some people might find the increased throttle response and weight reduction beneficial.

It is essential to weigh the pros and cons before deciding to install straight pipes on your car. 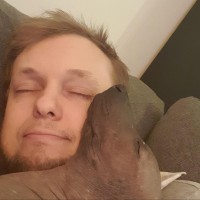